We are pleased to live stream the 2021 graduation ceremonies on Saturday, May 29.

The ceremony will also be recorded and posted next week to the district’s official YouTube page at www.youtube.com/dbqschools.

Dear Parents/Guardians of the Class of 2021,

In just a few short months, your student in the Class of 2021 will walk across the stage to receive their Dubuque Community School District diploma – proudly becoming a graduate of Dubuque Senior High School or Hempstead High School.

While we continue to move closer to normal, we will again make adjustments to this year’s graduation ceremony to ensure that we are providing a safe environment for our students and their families.

Additional details about logistics, safety protocols and ticketing will be shared as our graduation planning continues.

We are excited to be able to hold an in-person celebration of the Class of 2021. Best wishes as your student completes the remainder of their senior year!

Due to inclement weather, all events and activities in the Dubuque Community School District are postponed for Friday, Jan. 17, and Saturday, Jan. 18.

This includes the following: 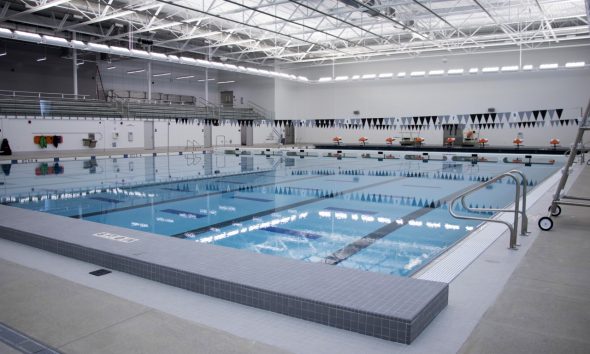 The Dubuque Community School District will make a splash when it officially unveils its new Aquatic Center with a grand opening and open house of the new facility. This event has been postponed for January 18 due to inclement weather and rescheduled for 5 p.m. on Tuesday, Jan. 21.

The Aquatic Center, located on the Hempstead High School campus, will serve as the district’s main competition swimming and diving venue. The $9.57 million facility replaces the district’s outdated pool, which was decommissioned last year after it became unusable.

The Dubuque Area Swimmin’ Hurricanes (DASH) also contributed $1 million to the project, which expanded the number of lanes available in the facility. The Aquatic Center will serve as the main DASH practice facility and home competition venue.

A short program will be held at 5 p.m. on January 21, with community members being able to view the facility during an open house after the program. At 6:30 p.m., the district will host a swim meet in the facility featuring teams from both Dubuque Senior High School and Hempstead High School.